And a Blueberry Patch

It was the day of the highly anticipated Ossipee Valley Bluegrass Festival. Jim was very much into it, but wasn’t sure I would “dig” it. It was agreed in adavance he would get me tickets for one day and we’ll see from there.

We came to the festival together on Saturday, which worked best between trip errands, and spent the day strolling from one podium to another, buying foods and drinks, sometimes together, sometimes apart. When sitted, Jim got me a cute paper fan to ward off the “heat”.

One thing struck me – the relative lack of visible show of excitement from the crowd, the fact that everybody was sitting on chairs, the scant dancing.

I found most of the music enjoyable enough.

Especially memorable was a super-cool all-girl group, Shel (see video above). They performed in a scarlet tent with stars and moon painted on the insides against a purple sky background. All were dressed in pants and tank tops, one wore a fedora black hat. Two played strings, one was on the keyboard and the other drummed. They all sang and moved to the beat without making over-the-top drama.

The group’s name is an acronym of their four names: Sara, Hanna, Eva and Liza. When you watch them, you can’t help trying to compare one to the other to judge who is the coolest, but they all are, singly and together as a group.

They are a pop / folk group, originally from Colorado and actually sisters who were home-schooled by an artist mother and a musician father. Their original musical training was classical, which can give me some personal hope in my improvisational efforts on the piano. I tend to feel that my classical training is more of a hindrance than a help when trying lighter music, but perhaps not…

I found out they were “trained” and encouraged by their father to become musicians, reminiscent perhaps of how Richard Williams trained his daughters to be the world’s champions in tennis. It often takes dedicated fathers to bring the potential out of girls. One of them, at least, also takes after her mother and does the graphic art for the group.

They seem to have it all – beauty, vibrancy, sexiness, voice and talent. Further, they mix and master different musical styles, each of them playing a variety of instruments. The whole production, though light in spirit, demonstrated a high musical ability.

Other bands, more traditional, left less impression on my memory.

At one point when Jim was elsewhere, I took off and walked to the river. The water and its surroundings were very green, and there were families with children in and out of the cool water having a happy moment.

Just before leaving, I shot these pictures of a sunset above the parking lot. As I took the pics with my cellphone, others got inspired to pay attention and raised theirs towards the sky: 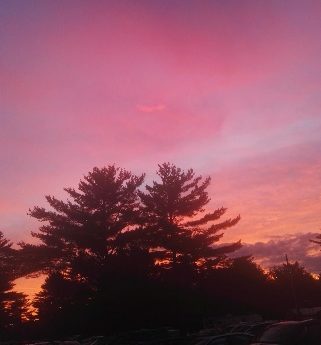 One day of the festival was, indeed, very enjoyable, but also enough for me. 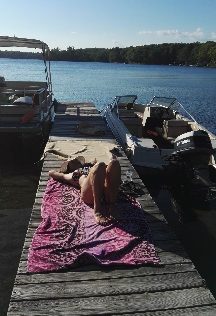 I’ll settle for what is good and within my grasp. This was a net pond day. It had been a long time since I spent a full day in sheer happiness.

The morning was full of light and sun, with perfect temperatures inside the water and out.  I improvised a way to secure a small water bottle to the orange float, and swam nonstop to the island and back, hardly registering the effort. Feeling light and vigorous, I continued my swim half way to the small bluff on the western side of the pond.

Following that I took a leisurely sunbath on the dock, and when getting hot, moved to the half-shade of the pontoon. Yes, I honestly “earned” my day of relaxation, thinking of nothing.

Once it got a bit cooler, I went to the blueberry patch on the other side of the road, and picked some for the two of us, a unique pleasure by itself.  I wrote “”Matrix”  (below), read about the new Trump outrages (an ugly reminder of a world outside paradise) and played my recorders on the dock in front of the sunset.

When inside, you wish –

So as to witness from a distance –

How it ripples, waves, 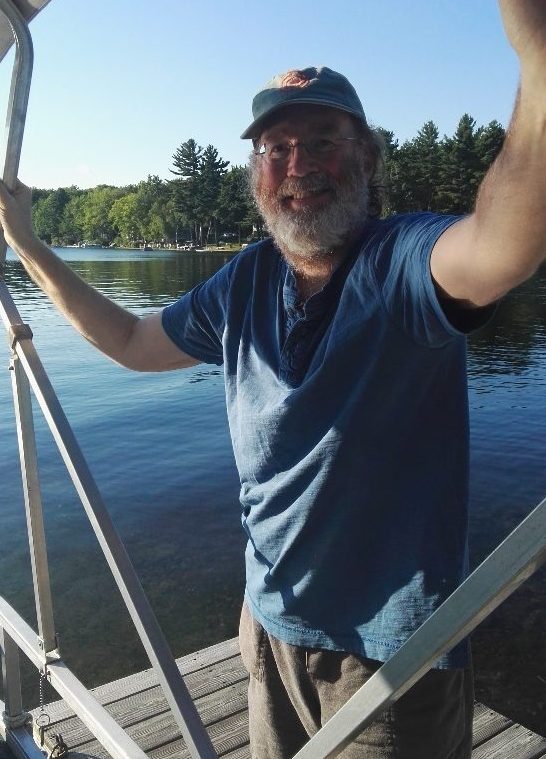 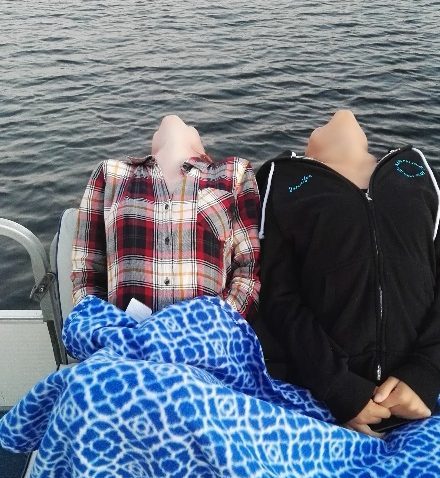 In the evening Jim took us all – me, his daughter, her two friends and Auntie A., for a dream sail on the family motor boat, called a “pontoon” or, more aptly, a “party boat”. Auntie spoke about “Republican Women for Hillary” and asked me to send her my Pond photos. The girls laughed and whispered, then hung their heads back over the rail.

The lake was lit by the colors of sunset. One purely magical moment in the sea of our lives. 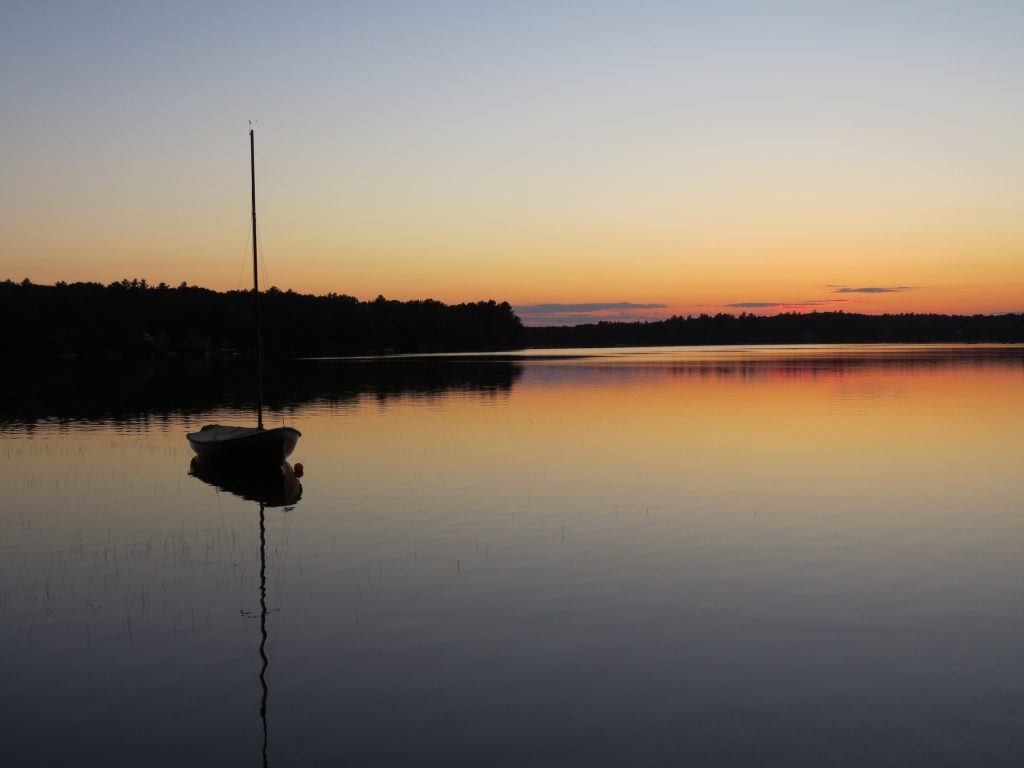 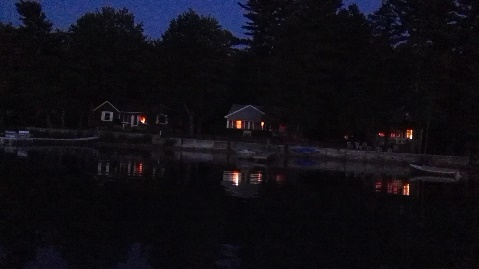 Our human homes viewed from the lake as night sinks in.

There were many daddy-long-leg spiders around the little house, some also inside the boats and many on the trees and forest floor. I looked again at Jean Webster’s marvellous book:

“It isn’t the big troubles in life that require character. Anybody can rise to a crisis and face a crushing tragedy with courage, but to meet the petty hazards of the day with a laugh – I really think that requires spirit.” (Jean Webster, Daddy Long Legs)

By August 5th I was physically, technically and mentally ready to launch my sola trip starting with Maine’s Atlantic shores.

Staying at two Maine private campgrounds, Lobster Buoy and MountainView, I had my first American camping experiences, got acquainted with this wondrous Atlantic coast, and its significant tides, and learned from kids about burrowing clams. Also, Lobster Weekend, Owl's Head lighthouse and the awesome Fort Knox bridge.

The Magic of Loons

It was no jackal nor coyote. This haunting other-worldly sound breaking intermittently over the Pond and carrying over unabated across the entire waterscape from side to side and beyond, did not emanate from a large mammal, but from a kind of middle-sized duck romantically called a loon...

Little House by the Pond

A small wooden house by a quaint Maine pond became my home away from home, Maine. Swimming, kayaking, sailing, picking blueberries and preparing for my upcoming sola camping trip in the north, I received the best possible hospitality and started to get acquianted with the natural beauty of the northeast.
This Post Has 0 Comments 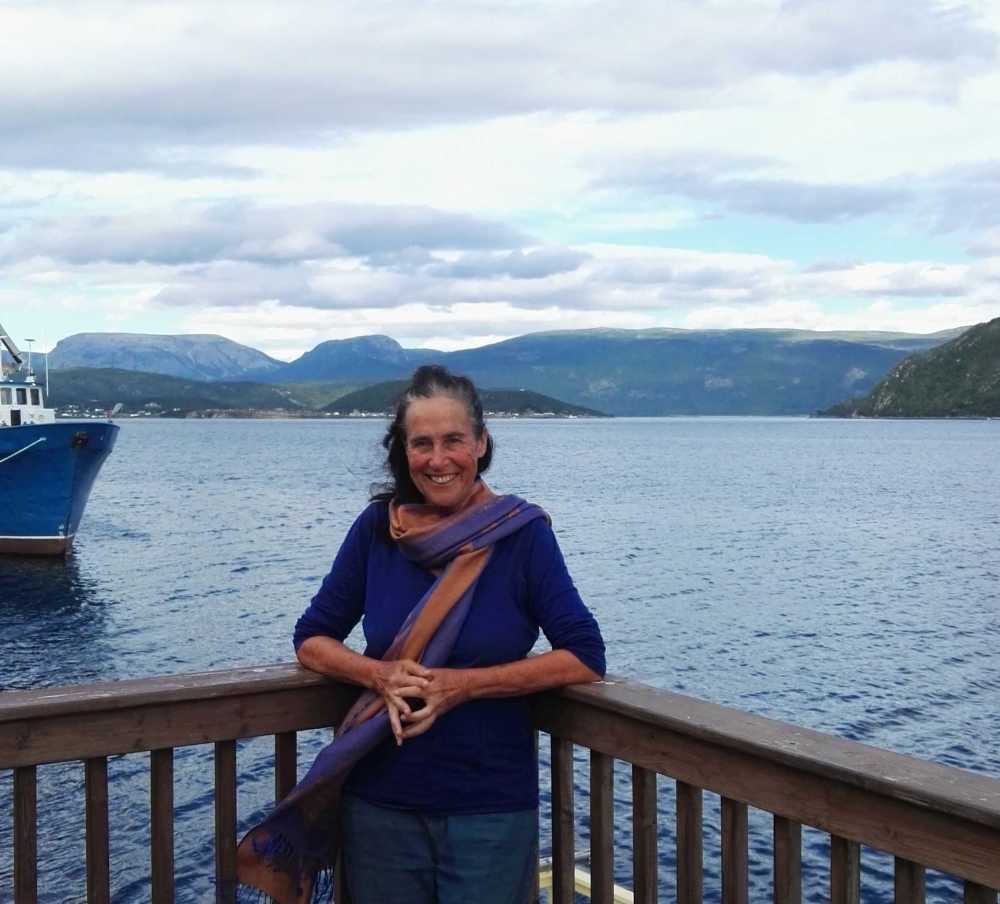