Rojava - a Feminist Utopia at the Heart of the Middle East

"At the Heart of Darkness"

An article titled “The Most Radical Social Experiment of the 21st Century is Taking Place at the Heart of the Middle East” was published in the Hebrew edition of the Israeli newspaper, Ha’aretz, on May 15 this year.*

The opening sentence to the lengthy, informative article states:

The most amazing thing about Rojava is that hardly anybody knows it exists...

Written by Dor Shilton of Tel Aviv University, the article describes a utopian, yet down-to-earth experiment on a large scale, which is taking place in the Kurdish free zone of Syria known as Rojava. Four million people partake in an idealistic venture comprised of thousands of networked, self-governing communes. The non-hierarchical system runs an economy intended to serve the people rather than the rich. It aims at complete equality between men and women and promotes universal freedom of religion. 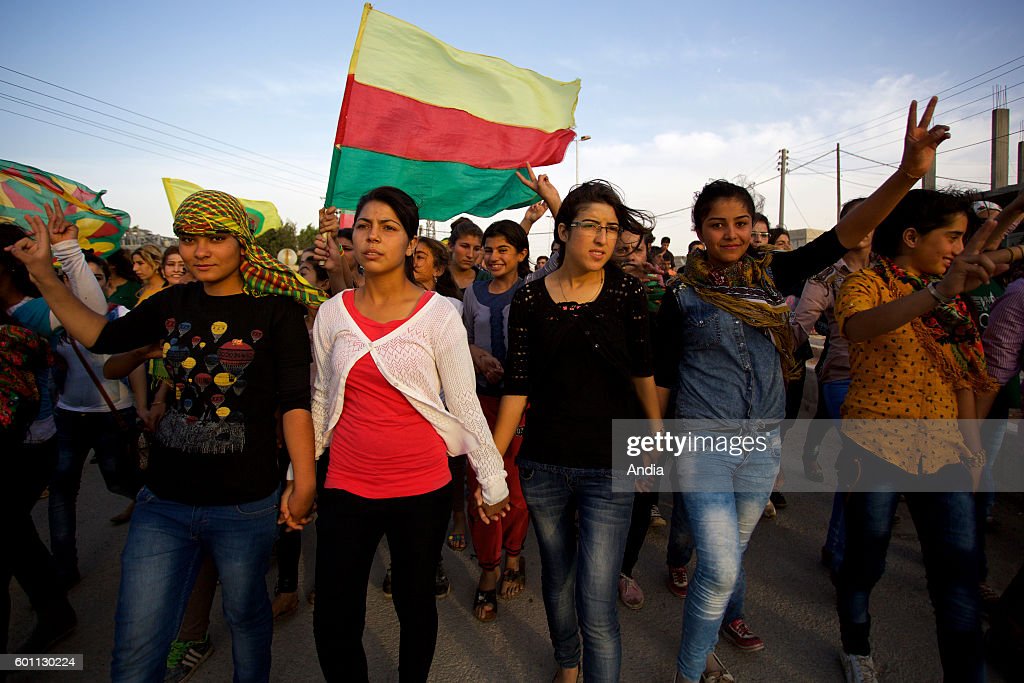 Syria, Rojava: in the streets of Kobani

Shilton writes: “At the heart of darkness sprung a democratic, egalitarian and feminist society, more true to form than any Western country… two thirds of the political posts in the region of Afrin are held by women…”.

Women’s councils can override decisions made by other councils on matters relating to them (compare this with Trump’s all-male councils dealing with women’s health..)

“So how come hardly anybody talks about Rojava?”

The Syrian Kurds are translating the vision of their incarcerated leader, Abdullah Öcalan, into reality – a vision endorsing women’s equal participation in all spheres of life. Currently, Öcalan is sitting out a life imprisonment sentence in a high-security Turkish prison. Turkey refuses to accept any form of Kurdish sovereignty, even outside its official borders.

Rojavayê Kurdistanê, or Rojava – the Kurdish de-facto autonomy in northeastern Syria – has annihilated the practices of child marriage and polygamy, and gave women full access to land and money. All administrative units (assemblies, committees) must be composed of at least 40% women; all organizations are headed by both a man and a woman. The participation of Kurdish women in the fight against ISIS is world-renowned (see my poem: Women of Kobani.)

Without gender equality, any call for freedom is an illusion 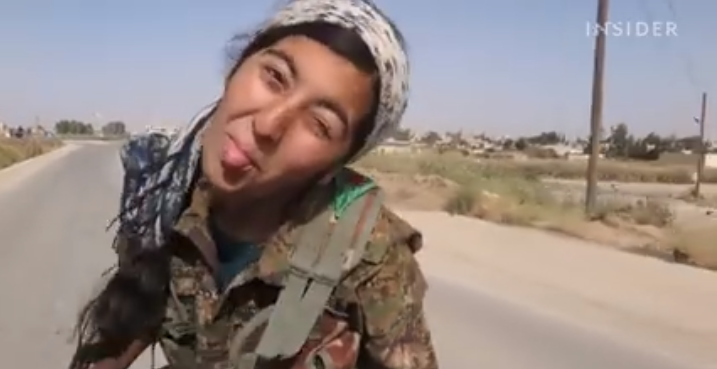 The communal economic structure springs quite naturally from the old village infrastructure. The system follows on Murray Bookchin‘s  idea of communalism, adopted by Öcalan during his imprisonment. Communalism should not be confused with communism.

Bookchin, an American Jewish thinker, called his ideology “Social Ecology”, with the goal to “bring humanity into harmony with the natural world”. His daughter, Debbie Bookchin, wrote about her father’s influence on Kurdistan in the NYR Daily review “How My Father’s Ideas Helped the Kurds Create a New Democracy”.

Bookchin suggested that “a recovery of the impulses toward cooperation, mutual aid, and ecological sustainability could be achieved in a modern society by building a moral, ecological economy based on human needs, fostering technologies that can decentralize resources, such as solar and wind power, and building grassroots democratic assemblies that empower people at a local level.”

Apparently the Kurds have been reading my work and are trying to implement my ideas...

The "Left" Too Cynical to Embrace Utopia

So, how come nobody has heard of Rojava?

Shilton’s answer is that in a world immersed in consumerism, individualism and financial plutocracy, people, even on the Left, do not honestly believe in the ideals of a non-hierarchical society, true gender equality, decentralized government. When push comes to shove, most do not believe in direct democracy, either.

He suggests further that getting rid of patriarchy at the place where it was invented sounds to many too good to be true, so people simply don’t believe it…

Shilton describes the Western Left these days as cynical. Instead of believing that an alternative society is possible, it is busy hating everything America does. Rather than transforming realities on the ground, it spends its time winning arguments.

To make things worse, Turkey, a NATO member, is keen on destroying Rojava and any other Kurdish autonomous holding. In politics, Power speaks louder than ideals.

And I ask: where are the Western feminists???**

Interestingly, according to the article, most Syrian Kurds today, following Öcalan’s new direction and non-national focus, would have actually liked to see their vision spread into a unified Syria, rather than establish a separate, independent Kurdish state. Nonetheless, Turkey will hear none of it.

And that might be another major reason we do not hear about Rojava: the sand thrown into our eyes:

Turkey has received tacit support from the US, which has refused to stand up to Erdoğan on behalf of its Kurdish allies. The resulting devastation has been woefully under-reported by American media.

This international silence has emboldened Erdogan to send militias into the Afrin canton, with dire consequences to the Kurds.

And I wonder: was Erdogan’s obsession and preoccupation with the Palestinian national cause a simple diversion tactic to make us all forget the 35 million people seeking national liberation under his watch, not to mention a feminist revolution???

*(all translations from the Hebrew: Orit Adar)

**One feminist, at least, took up the subject seriously. Searching around the topic as I wrote this essay, I came across an illustrous book by Meredith Tax: A Road Unforeseen: Women Fight the Islamic State. I downloaded it on my Kindle, am in the middle of the introduction and expect many hours of illuminating reading ahead.

What can I say about the abysmal betrayal of the Kurds by their American “ally”? Use them, then discard them?

Is this the world we are all going to live in??? is this the “enlightened” west?

On Their Home Turf – Scoring Goals at Patriarchy’s Last Stronghold
Female soccer is still a rarity in Israel. I find satisfaction and compensation as a woman with the latest world championship, and thank men who support us. It feels like the last glass ceiling had finally been shattered, just as politics around the globe get very ugly and backwards.
Two Fences and an Island – Trump, Twain, Epstein and the American Dream
Has Trump ever known the joy of painting a fence? Stripping "virgin" islands to strip teenage girls - is this the filthy-rich idea of the American Dream? Buying a private Virgin Island is advertised as "pursuing the American Dream". Is Mr. Epstein its embodiment? And how is that similar to the ISIS dream? Are we seeing the Brave New World now? Or are science and technology today serving at the behest of the same old vices of individuals, destroying our planet on the go?
Ben Gurion’s Genius – Dismantling Militias on “Both Sides”
Ben Gurion's political genius enabled him to dismantle the pre-state militias on both sides of the political spectrum, and merge them into the emerging IDF. It hasn't been easy, but the state would not have survived otherwise. I elaborate about the healthy foundations of Israel. Make comparisons to the American situation.