When tiredness and hunger overtook me, I reluctantly left the magnificent Udaipur City Palace.  They were sponsoring boat rides on Lake Pichola, but the prices were rising at 4 o’clock, and I realized I wasn’t making it in time for the last cheaper boat.

So instead, I walked out of the Palace and into the city. On a side uphill alley right by the gates I found a small restaurant where I had my first taste of southern Indian Cuisine – Masala dosa. Dosa is spicy and refreshing dish, looking much like a large open-ended blintz. The guy running the place was exuding an air of over-busyiness despite the place being empty, and was not the friendlist, but all the photos on the walls, (and BIG photos, posters actually…) were of young good-looking Israeli couples… Go figure!

The dosa was very tasty. 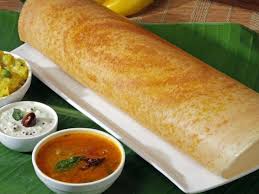 The other worker at the restaurant was more outgoing and explained to me in detail how to find the private boat tour. I walked down to the river and found a cruise for only ₹300.

Lake Pichola is an artificial fresh water lake, created in 1362 AD. It is one of the several contiguous lakes in and around Udaipur city. The lakes were created by building dams with the goal to meet the drinking water and irrigation needs of the city and its vicinities.

There were four of us – a Brazilian girl, an older guy from Mauritius, myself and the sailor.

I have never before met anybody from Mauritius, and admit I knew nothing at all about the place, not even where it was….😢

The Brazilian girl was trying to flirt with the Mauritian guy and vice versa, but somehow I managed to dominate the conversation with some of my silly jokes… Her request to try and hold the wheel was rejected as well. Frustrated on both scores, she suddenly hopped out of the boat at one of the islands, and from then on it was just me and him…

The boat ride itself was magnificent as can be seen from the following pictures:

I know, many palaces, castles and other historical grand structures from centuries past are now rebranded as 5-star hotels. In one case in Ireland I even stayed in a castle-turned-youth-hostel… But here in these palaces my guess is that modern “maharajas” from NYC, Mumbai and Abu Dhabi are the more probable guests.

Some of the hotels are built on tiny islands, creating the impression that they are floating…

After we returned to the dock, I floated right back to my funky room at the Nukkad Hotel, where I met Einat and we took a magical evening stroll by the river before joining the Israeli crowd for Kabbalat Shabbat.

See the previous posts in this serial:

Udaipur on Rivers II – Gods at Every Corner

Under the general umbrella of Traveling India

Udaipur City Palace is an outstanding example of Indian architecture, art and the co-creation of the human with the landscape to the benefit of both. A must see!

Udaipur on Rivers II – Gods on Every Corner

Udaipur art, architecture and religious devotion are evident at every corner. From tiny statues on wall niches to huge elaborate temples artistic talent is evident everywhere.